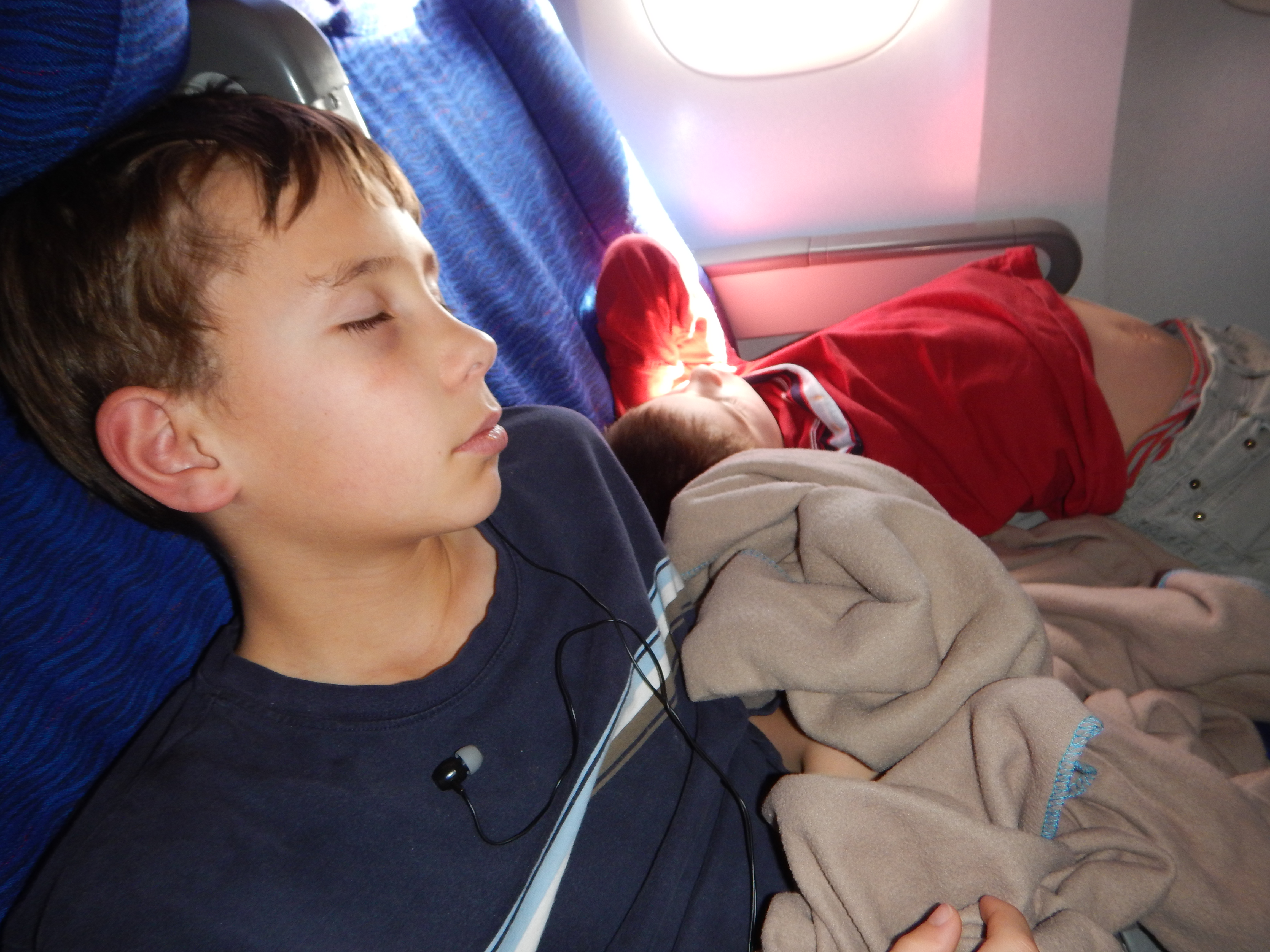 The 11 hour flight from London to Johannesburg was easy. Between movies, snoozing, and waiting in line for the toilet, the time passed surprisingly fast. We flew on New Year’s Eve, so at midnight the crew danced a conga line through the aisles. That, along with toasting my son with a cup of tea (this is British Airways), marked the occasion of 2015 becoming 2016.

On the plane, we met a couple from Vancouver, Canada. They visit family in South Africa every two years. Their flight plan was far more ambitious than our little 2 leg trip from London to Maun. They flew Vancouver to Boston (probably 7 hours) where they rested for a few days. Then, in one sweeping 30 hour journey, they flew Boston to London, wait in the airport for three hours, London to Johannesburg, wait 4 hours, Joburg to Cape Town, drive 2.5 hours, fall down. Besides the sheer exhaustion of spending 2 sequential overnights in ever-so-comfy economy airline seating, they fast-forwarded their time zone by 10 hours. All I could say was “Wow”! They were hoping to catch a shower in the Joburg airport.